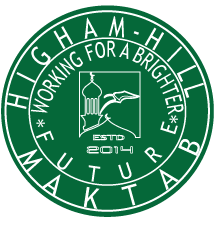 Parents/ Guardians know that the Maktab takes complaints seriously and will respond in a courteous and efficient manner;
An effective procedure for making and adjudicating complaints (including appeals) from parents/ guardians is established;
Parents/ Guardians wishing to make a complaint know how to do so;
There is a separate procedure for dealing with parental concerns which fall short of a formal complaint;
All those involved in handling a complaint make every effort to resolve matters quickly and amicably;
Response to complaints will be made within a reasonable period of time, and where necessary appropriate action will be taken.
Raising concerns informally
1.1 Parents/ guardians can raise a concern informally by contacting the relevant member of staff.

1.2 This can be done by telephone, email or letter

In the vast majority of cases, it is anticipated that, initially at least, the relevant member of staff will be the pupil’s Form Tutor or Head.

In serious cases, however, a formal complaint should be made in writing and referred directly to the Head Teacher. This provision will typically apply where:
The parent/guardian does not believe that the matter is suitable for informal resolution
The Form Tutor or Head has failed to satisfy the person making the complaint. Please note that complaints made anonymously will not be pursued.
Parents/ guardians should note that, where the Head teacher is the subject of the complaint, a separate procedure applies, details of which can be found in paragraphs below
The Maktab will take every reasonable step to ensure that a complaint made under paragraph is resolved within ten working days of the complaint being lodged.
Investigating Complaints

As soon as possible after the complaint has been lodged, a senior member of staff appointed by the Head teacher will contact the parents/ guardian concerned. The purpose of this contact is to make initial response and to explain how Maktab intends to investigate the matter, how long the investigation is likely to take and when to expect a response. Where in the course of an investigation it becomes clear that this date is likely to be exceeded, the parent/guardian will be informed of a new response date.
At the end of the investigation, the parent/ guardian will be informed in writing of the outcome. This will include the conclusion reached, the reasons for it and any action taken or proposed.
It is Maktab policy that complaints made by parents/ guardians will not adversely affect their child’s interests.
Confidentiality

Subject to paragraph below, any complaint or concern, viewpoint, etc. raised by parents/ guardians will be treated as confidential.
Knowledge of the complaint will be restricted to those who, for various reasons, need to know about it. This will include the Head Teacher, the members of staff investigating the complaint and any other member of staff otherwise involved. In addition, there are circumstances where the Trustees of the Maktab may be informed.
On occasion, however, it may be necessary to in inform third parties of the complaint and, possibly, the identities of those involved. The most obvious example of this is where an investigation suggests that a criminal offence has taken place. In such circumstances, Maktab would cease its investigation and refer the matter to the relevant external agencies.
Written records

Written records will be treated as confidential and processed in accordance with Maktab’s data protection policy
A record of the number of complaints made under the formal procedure for every academic year will be available on request to parents/ guardians.
Disciplinary action taken against staff

It may be the case that, as a result of a complaint made by a parent/guardian, disciplinary action may be taken against a member of staff employed at the Higham Hill Maktab.
Where this occurs, any such action will be taken in accordance with the official staff Discipline and Dismissal Policy and handled confidentially within Maktab.
The Panel Hearing

The Maktab hopes that a parent/ guardian making a complaint will be satisfied with the outcome. Certainly, it will make every reasonable effort to ensure that each complaint is fully and properly investigated and that the issues raised are considered in a fair and professional manner.
However, where the parents/ guardian are dissatisfied either with the outcome of an investigation or the manner in which the complaint was handled, they should inform the Head Teacher in writing who will refer the matter to the Trustees. Alternatively the Trustees can be contacted directly by letter addressed in the first instance to appointed staff/ Trust Office (see below for addresses)
It is particularly important that the parents/ guardians state as clearly and fully as possible the reasons why they wish a panel to hear a complaint.
Upon receipt of a request for a panel hearing, the chair of Trustees will convene a panel to hear the complaint within 10 working days of receiving the complaint.
The Panel

The panel will consist of at least three people. Parents will be notified of the names of the panel members. None of the panel members will have been directly involved either in the matters detailed in the complaint or its investigation and adjudication prior to this point. Further, at least one will be independent of the management and running of the Maktab.
The appeal panel will have access to all relevant documentations.
The parents/guardians will be invited to attend the panel hearing. They will also be invited to produce documentation to be circulated in advance to panel members. In addition, the parents/ guardians will be invited to bring a friend or a relative, not a legal representative to the panel hearing.
The panel will make the final decision in respect of the complaint. It may, if it so chooses, also attach recommendations to its findings.
The panel’s findings and recommendations will be emailed or otherwise sent to the parent/ guardian making the complaint within five working days from the date of the hearing. Where relevant a copy will be sent to the employee or employees complained against.
A copy of the panel’s findings and recommendations will be kept on file in the Head Teacher’s office, where it can be inspected by the Head Teacher and the Trustees. This document will be processed as per the arrangements set out in paragraph 15.
Complaints against the Head Teacher